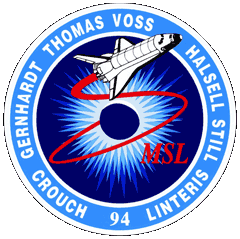 STS-94 marked the first re-flight of the same vehicle, crew and payload in the history of the Space Shuttle program. This was a re-flight of STS-83 that was shortened due to a fuel cell problem.

Again, the primary payload was the Microgravity Science Laboratory-1 (MSL-1). A re-flight of this payload in less than three months was made possible by the first re-servicing of a payload while it remained in the payload bay of a Space Shuttle.

Using the Spacelab pressurized module as a base, MSL-1 supported tests of some of the hardware, facilities and procedures proposed for the International Space Station. A total of 33 experiments also included the fields of combustion, biotechnology and materials processing.

Combustion experiments resulted in the discovery of a new mechanism of extinguishing flames by radiating soot. The weakest flames ever produced in a laboratory on Earth or in space were produced and measured as low as one watt, or about 1/50th the power of a birthday candle flame.

In addition, a flame which burned for 500 seconds became the longest burning flame in space. Combustion tests were intended to develop new fire safety methods in space and aid in the design of cleaner, more efficient internal combustion engines. Although 144 combustion tests were planned, more than 200 were completed.

Experiments were processed in the Electromagnetic Containerless Processing Facility (TEMPUS) and yielded the first measurements of specific heat and thermal expansion of glass forming metallic alloys.

TEMPUS experimentation also resulted in the highest temperature (2,000 degrees Centigrade maximum) and largest undercooling (to 340 degrees Centigrade) ever achieved in space. These experiments were intended to provide measurements necessary for the development of industrial methods to create new and better glass products.

Progress was also made in learning how to control and position liquid drops. Liquid and bubble behavior, fluid-based heat transfer and interaction of solid and liquid mixtures were studied in the Middeck Glovebox Facility.

Droplets of the hydracarbon heptane were burned at the lowest atmospheric pressure ever achieved during a Space Shuttle mission. Related experiments with the liquid drops were intended to provide observations leading to improved techniques in the chemical manufacturing, petroleum technology, food and cosmetics industries.

More than 700 crystals of various proteins were grown during the mission. Since crystals can be grown larger and purer in space than they can on Earth, these experiments were intended to help scientists develop better drugs to fight diseases like cancer, diabetes and AIDS.

The Large Isothermal Furnace processed samples of melted germanium, and element used as a semiconductor and alloying agent. Experiments were intended to better understand the diffusion of tracers, or impurities, in the germanium. This was the first time diffusion of semiconductors was studied in space.

The effects of microgravity on various plants were studied in the Astro/Plant Generic Bioprocessing Apparatus (AstroPGBA). Specific plant samples were directly related to the treatment of malaria and cancer, as well as plant samples widely used in the lumber and paper industries.

Astronauts were also able to test an experiment rack called Expedite the Processing of Experiments to Space Station (EXPRESS). EXPRESS is intended to provide quick and easy installation of experiments and facilities hardware aboard the International Space Station.

The 25 primary experiments, four glovebox investigations and four accelerometer studies conducted during the mission were a cooperative effort of NASA, the European Space Agency, the German Space Agency and the National Space Development Agency of Japan.

More than 35,000 control commands were sent to MSL-1 experiments from the Spacelab Mission Operations Control Center at the Marshall Space Flight Center in Huntsville, Alabama during the mission. This represented the most such commands ever sent during a Space Shuttle mission. 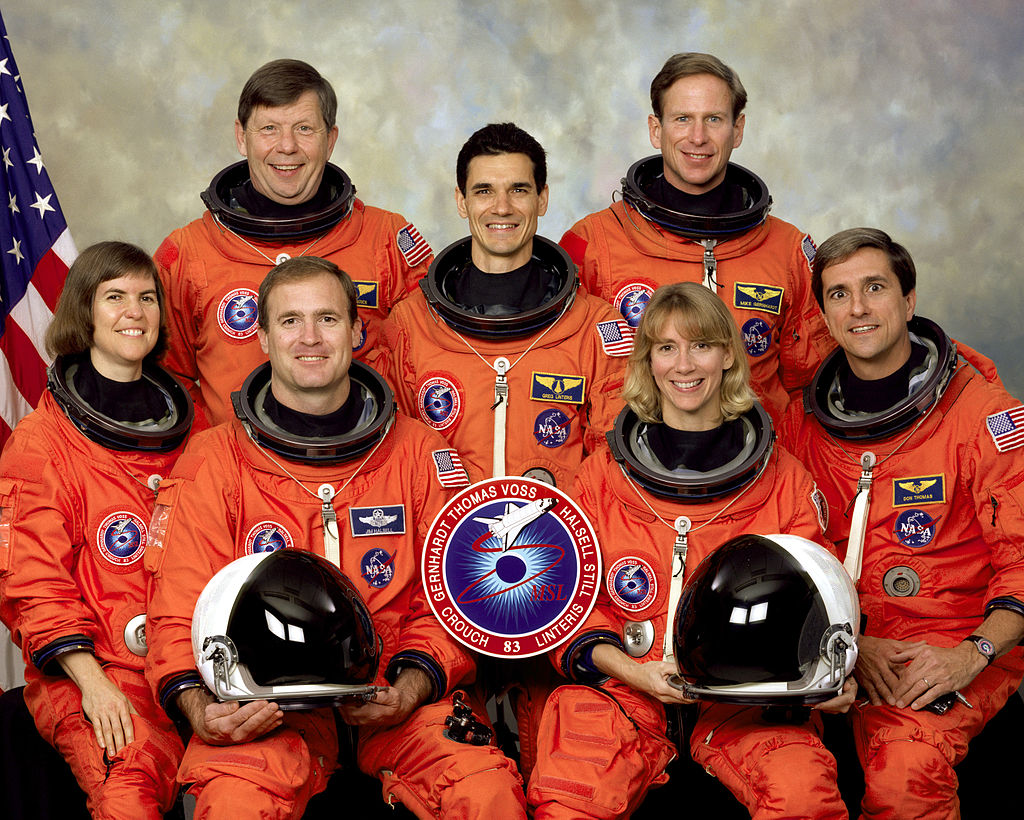 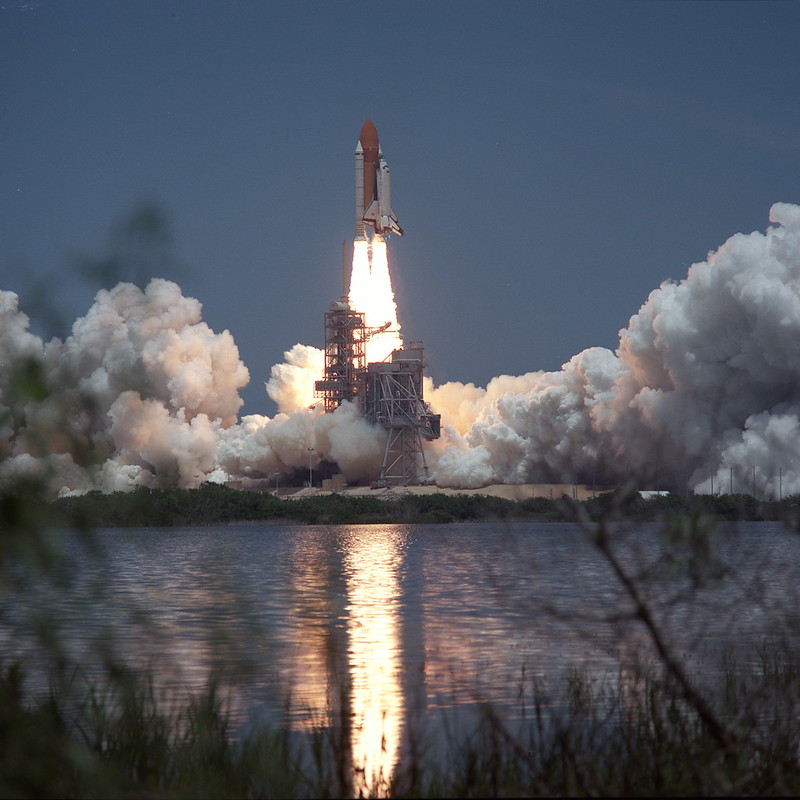 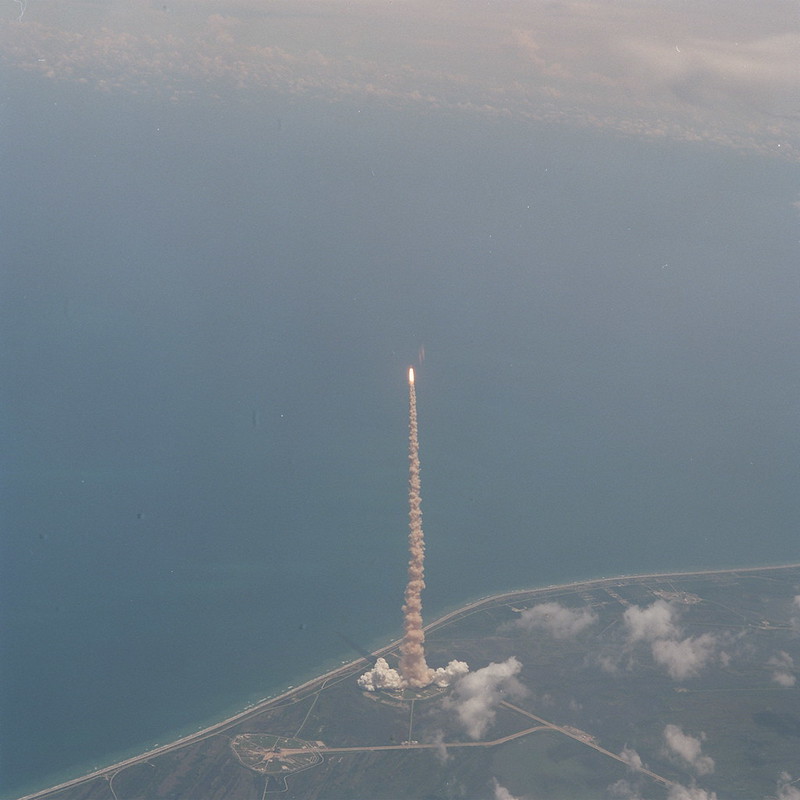