October 29, 1998 – 2:19:34 p.m. EST. Launch was initially delayed about eight minutes to allow discussion and resolution of a master alarm indication heard during leak checks of cabin pressure following closure of Discovery’s hatch. Launch was delayed about an additional 11 minutes due to an aircraft that strayed into the launch danger area.

Following ignition of the three main engines, the door covering Discovery’s drag chute compartment was torn off, but caused no damage to the Space Shuttle during launch.

The mission featured the return to space of John Glenn, who flew in space for the first time since becoming the first U.S. astronaut to orbit Earth on February 20, 1962 during mission MA-6.

At age 77, Glenn became the oldest human in space. The flight also marked the longest time between space flights for an astronaut, as Glenn was launched on STS-95 exactly 36 years, 8 months, 9 days after completing mission MA-6.

Although the participation of Glenn became the central focus of the mission, a plethora of scientific investigations were conducted aboard the pressurized Spacehab laboratory module housed in Discovery’s payload bay.

About 80 experiments were conducted primarily in the fields of medical and materials science research. A battery of medical tests were performed on astronauts Glenn and Duque to help better understand the effects of weightlessness on balance, perception, immune system response, bone density, muscle density, metabolism, blood circulation and sleep.

The crew released and recaptured the Spartan free-flying satellite, which was designed to study solar wind activity to help better understand the potential disruptive effects of solar winds and similar electromagnetic phenomena on electrical and communications systems on Earth. 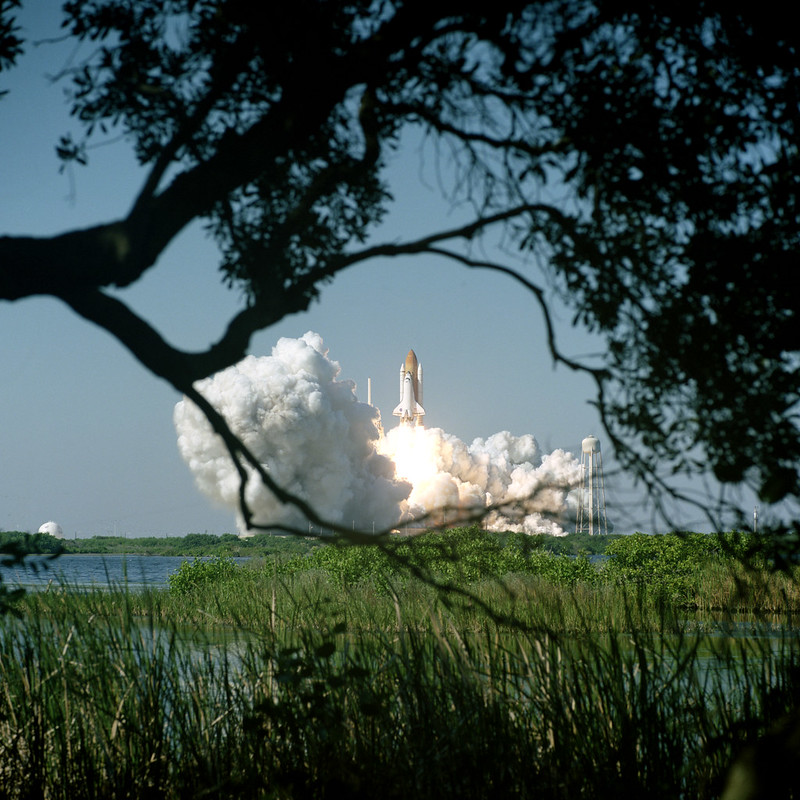 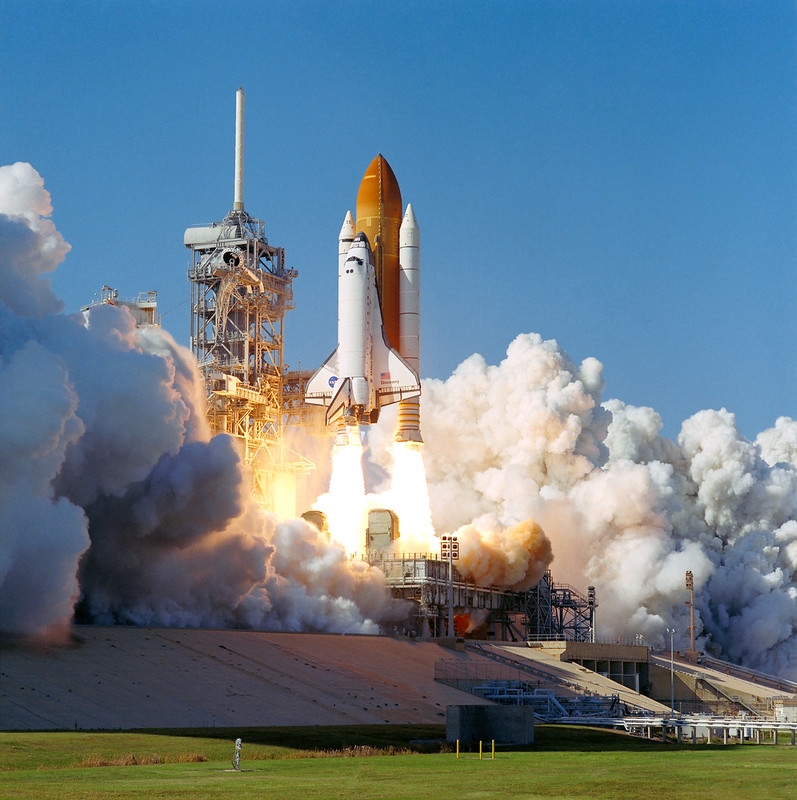 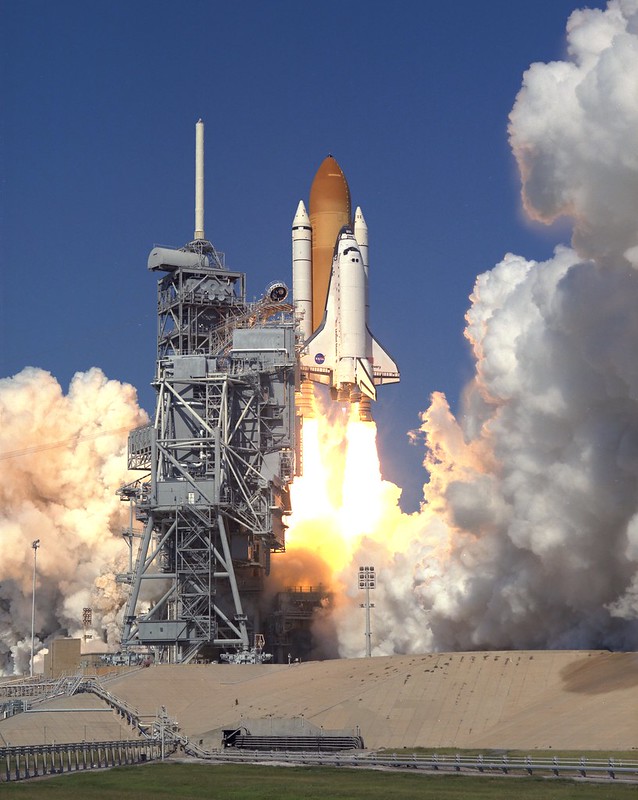 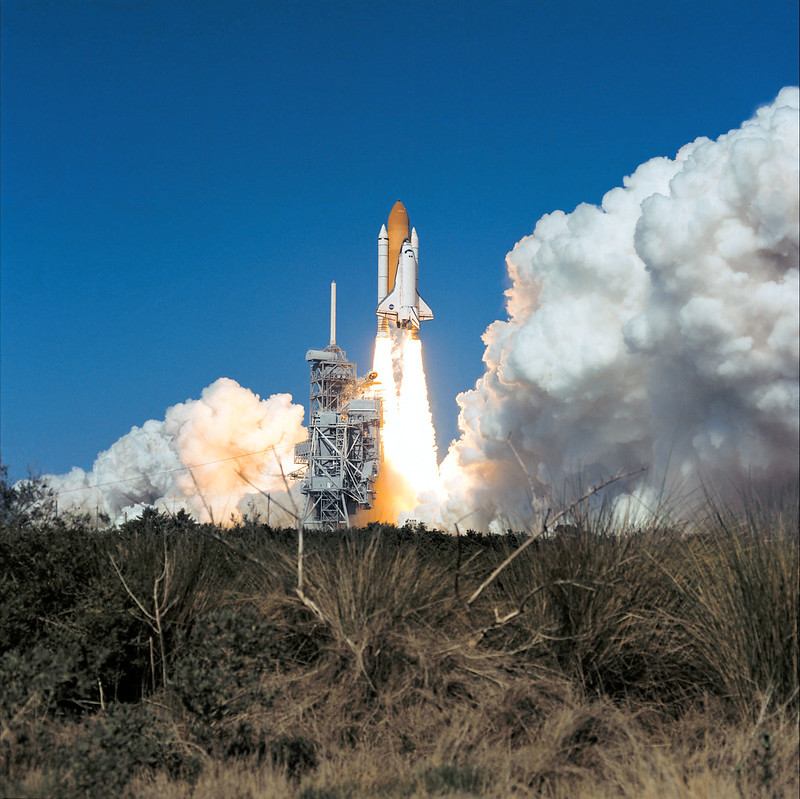 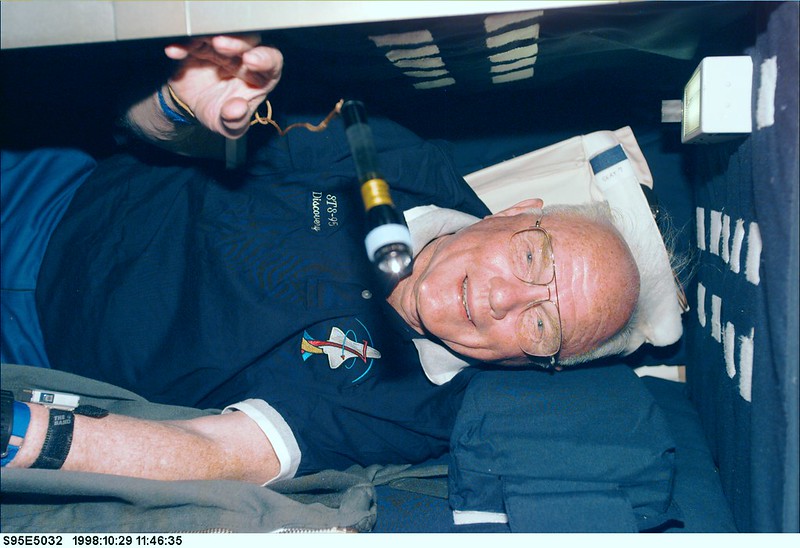