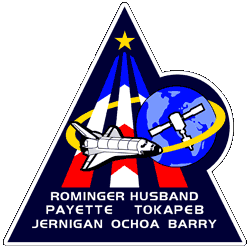 May 27, 1999 – 6:49:42 a.m. EDT. Launch was originally scheduled for May 20, 1999 but was postponed due to hail damage to Discovery’s External Tank (ET) sustained during a severe thunderstorm on May 8, 1999. A decision was made initially to repair the hail damage at the launch pad, but inspections revealed that some of the damage could not be safely accessed there.

After being returned to the Vehicle Assembly Building for repairs, about 650 divots were identified in the ET outer foam insulation. Of these, about 460 were filled in order to prevent potential ice buildup during launch preparation. The remaining divots were not considered critical. Launch occurred as scheduled with no delays.

STS-96 marked the first Space Shuttle docking to the International Space Station (ISS), which was successfully accomplished on May 29, 1999 at 12:22 a.m. EDT.

Also during the spacewalk, foot restraints, bags filled with tools and handrails to be used during future ISS missions were affixed to the space station exterior. The astronauts also installed an insulating cover on a trunnion pin, documented paint surfaces and inspected communications antennas outside ISS.

The crew spent 79 hours, 30 minutes inside ISS during docked operations. A total of 3,567 pounds of equipment and supplies were transferred to ISS. This included clothing, sleeping bags, spare parts, medical equipment, supplies, hardware and 84 gallons of water. About 200 pounds of hardware was removed from ISS for a return to Earth.

Various repairs and upgrades to ISS were also completed. These included the installation of a wireless strain gauge to monitor the effects to the ISS structure by the addition of new modules. In addition, filters were cleaned and smoke detectors were checked.

A malfunctioning power distribution unit and transceiver for the Early Communications System (E-com) system aboard ISS was replaced. A total of 18 malfunctioning battery recharge controllers aboard the Zarya Module were also replaced. A series of mufflers were installed over fans to reduce the noise levels inside ISS.

Discovery’s attitude control system thrusters were fired 17 times to boost the altitude of ISS to an altitude of approximately 246 by 241 miles. After spending a total of 5 days, 18 hours, 17 minutes docked to ISS, Discovery undocked at 6:39 p.m. EDT on June 3, 1999.

Following undocking, Discovery performed a 2.5 lap flyaround of ISS at a distance of about 400 feet. A detailed photographic survey of ISS was performed during the flyaround. Once the flyaround was completed, the STARSHINE satellite was deployed. The spherical, reflective object became instantly visible from Earth and was intended to provide a tracking target for student experiments. 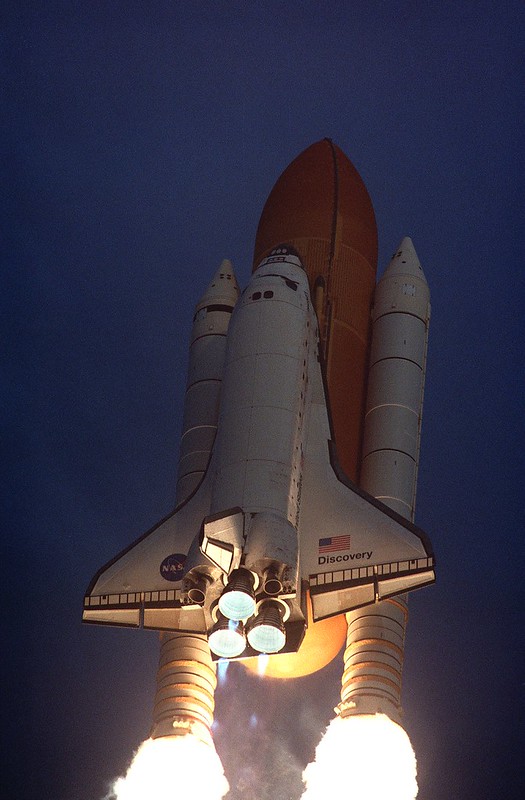 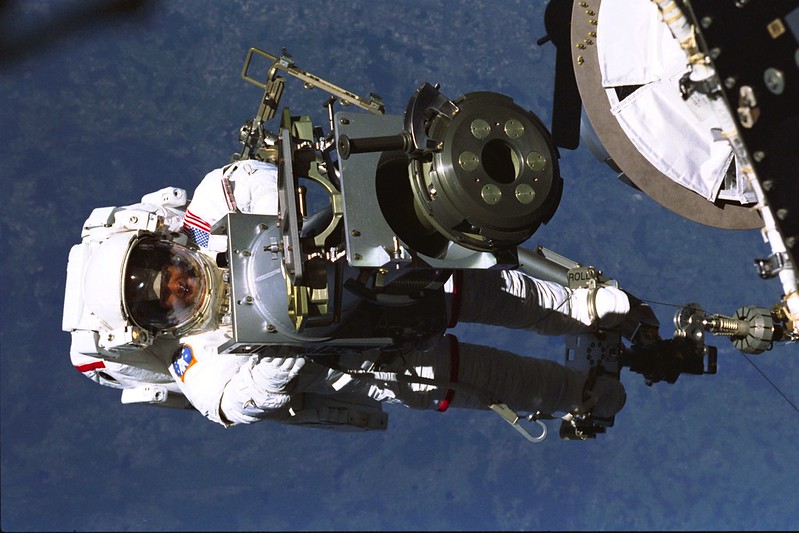 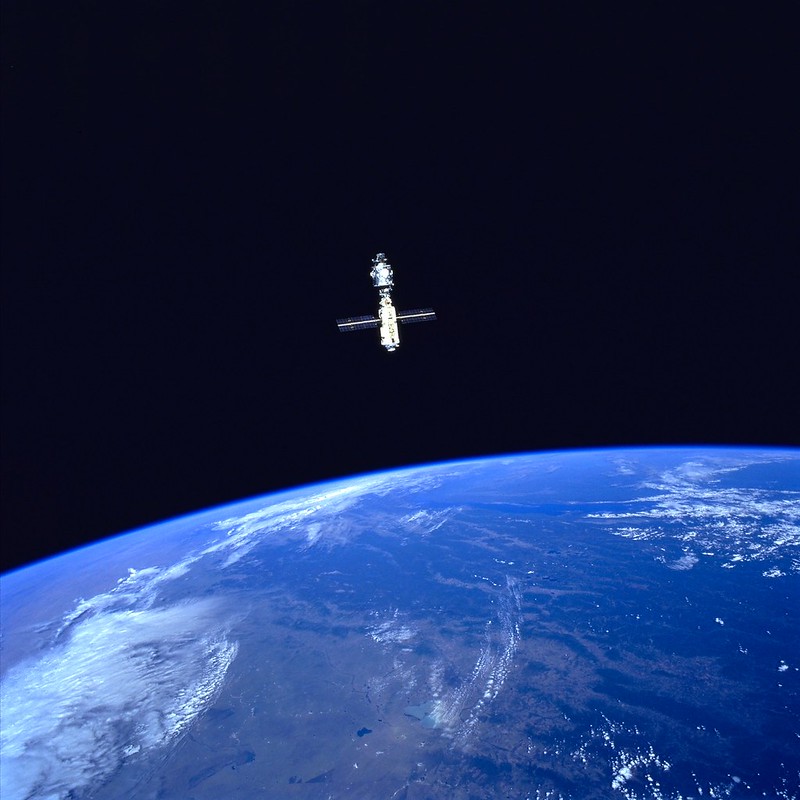 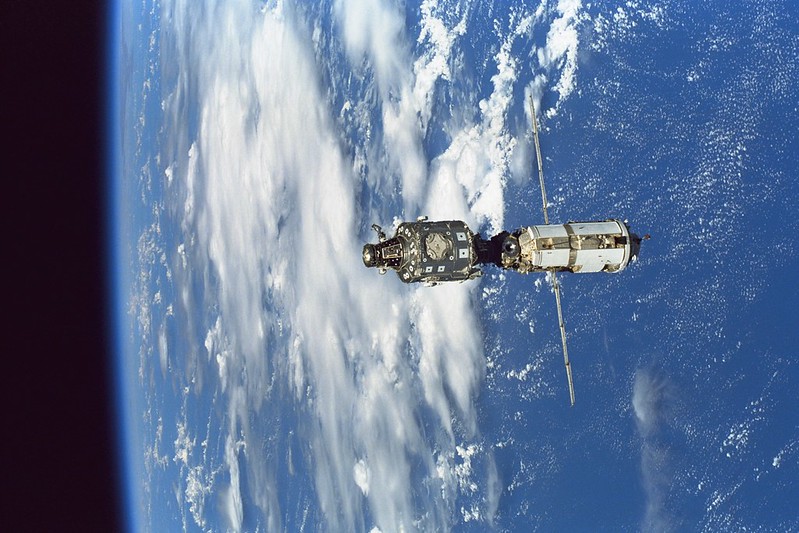