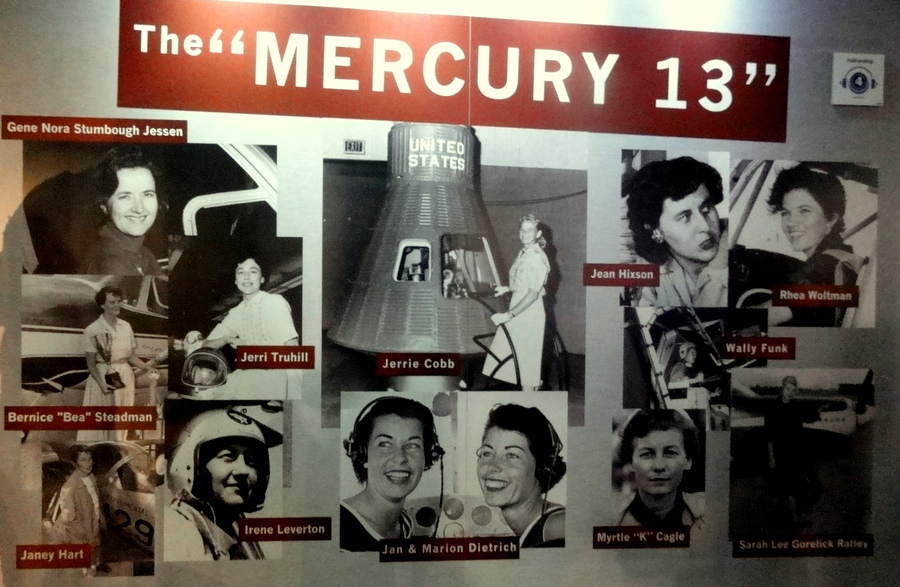 At a time when NASA astronaut selection was open to men only, William Randolph Lovelace II, former flight surgeon and later chairman of the NASA Special Advisory Committee on Life Science and a man who had personally designed procedures for testing male astronaut candidates, became curious to know how women would fare in the same rigorous testing. In 1960, Lovelace invited pilot Geraldyn “Jerrie” Cobb to undergo the same testing that the Mercury 7 male astronauts had undergone. This was performed privately, outside the auspices of NASA.

Cobb, an experienced pilot, became the first American woman to pass all of the tests that she was given. Lovelace and Cobb then recruited 19 more women to take the tests, which were privately funded, in part, by famous pilot Jacqueline Cochran. A total of 13 women, including Cobb, passed the same tests as the Mercury 7 astronauts. Although further testing and training of these women was proposed, opposition by NASA, a lack of funding and the ability to secure adequate private or government testing facilities doomed the women to a footnote in space history. The abrupt cancellation of the women’s training and testing program sparked bitter debate about gender discrimination in the U.S. space program, but resulted in no changes in space policy.

The women themselves were referred to by Cobb as “First Lady Astronaut Trainees”, but they are popularly known today as the “Mercury 13”, a designation that was reportedly given to them in 1995 by Hollywood producer James Cross to place them on a par with the “Mercury 7” male astronauts. However, the “Mercury 13” were never a part of NASA’s astronaut program and in fact never appeared together as a group at the time of their testing and training.