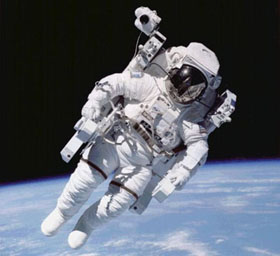 The dawn of the Space Shuttle program brought about a need for a fresh crop of astronaut candidates. While NASA already maintained a number of astronaut hold-overs from previous programs, an ambitious initial forecast of up to 60 Space Shuttle missions per year required more astronauts than were already available.

Mission Specialist Astronauts, in association with the Space Shuttle Commander and Space Shuttle Pilot, were responsible for the coordination of Space Shuttle operations unique to each individual mission.

Mission Specialist Astronauts also needed to have a detailed knowledge of the operational characteristics, mission requirements, objectives, supporting systems and equipment for each payload incorporated in their specific mission.

All spacewalks performed during Space Shuttle missions were performed by Mission Specialist Astronauts, who were also involved in operating the Space Shuttle Remote Manipulator System (RMS) and in managing and performing a variety of onboard scientific experiments.

As per federal regulation, NASA was not allowed to specify an age range for astronaut candidates. In addition, NASA maintained an affirmative action program to assure that qualified minority and female candidates were selected as astronauts. NASA astronauts were required to be U.S. citizens.

Payload Specialists were not maintained as NASA astronauts, but were consigned by NASA as required for each individual mission. Payload Specialists needed to possess knowledge and expertise unique to a particular payload. They trained along with an assigned crew for each mission, but were released at the conclusion of that mission.

For that reason, specific qualifications for each Payload Specialist varied. Throughout the history of the Space Shuttle program, Payload Specialists have represented the commercial, educational, scientific and international communities.

Although the Space Shuttle program never achieved a planned frequency of up to 60 missions per year, the existing flight schedule required NASA to draft a large number of astronaut candidates from the outset of the program through its conclusion in 2011.