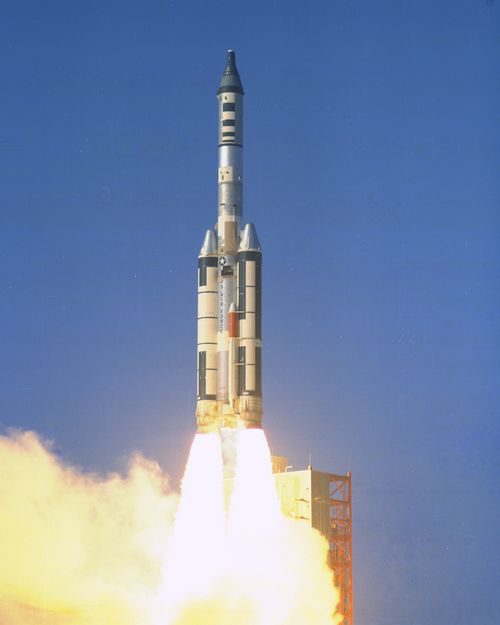 With two groups of MOL Pilot Astronauts already in training, the first research and development test flight of the MOL program was conducted with astounding success.

The Titan III-C carried the Gemini-B capsule to space altitude, then propelled it on a high-speed ballistic re-entry trajectory. The rocket also was able to boost the Titan II fuel tank, which carried a number of experiments, into orbit.

This mission posted two major successes for the MOL program. First, it demonstrated that the astronaut hatch in the aft heat shield would seal thoroughly during the heat of re-entry, and would not pose a hazard to the astronauts. It was also determined that a Titan III class rocket could carry a MOL-shaped object into space.

Note: Major Robert H. Lawrence, Jr. was the first African American drafted as a U.S. astronaut. He was killed in an F-104 Starfighter crash on December 8, 1967 at age 32 and was never able to fly in space.