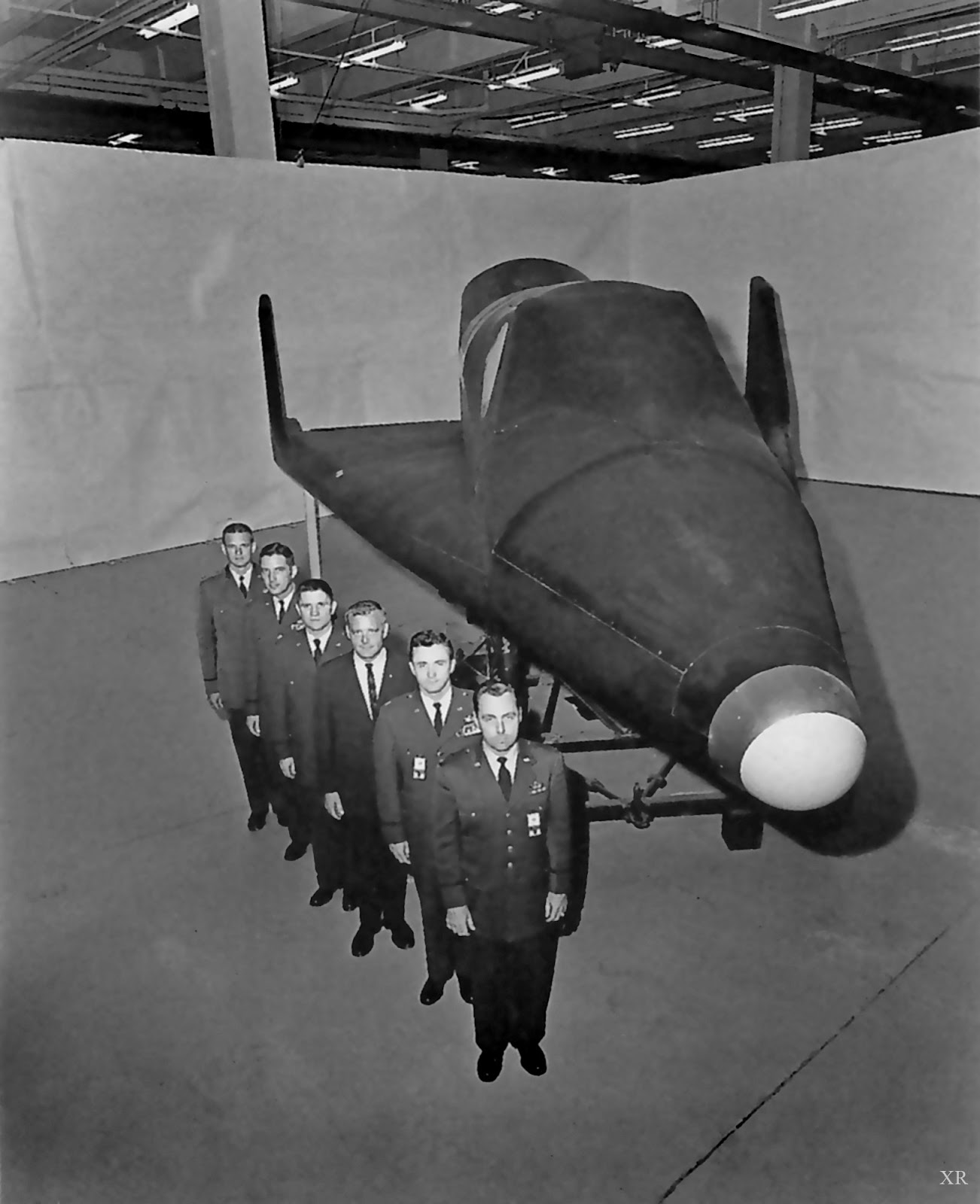 While the NASA manned space flight program was still in its infancy, the Air Force had already begun its own research program on the development of a manned multi-use orbiting space plane. Development of what was called the X-20 began on January 1, 1958 with preliminary design studies undertaken by Boeing and the Martin Company.

On November 9, 1959 Boeing was selected as the prime contractor for the X-20, which was nicknamed “Dyna-Soar”, short for “dynamic soaring”. Dynamic soaring is the principle whereby an object can achieve extremely high altitudes through a combination of rocket propulsion and aerodynamic lifting ability.

Boeing quickly determined that designing such a complicated flying machine would be very difficult and expensive. Design of the X-20 began to take much longer than the Air Force had anticipated. For one thing, a suitable rocket booster for the X-20 was not available.

Initially, Boeing expected that the X-20 might be able to be launched perched atop a Titan I ICBM booster, then separate at a high enough altitude to glide into space. Once its space mission was completed, the X-20 could complete a powered landing at any one of a number of landing sites.

As the development program continued, it was soon determined that the Titan I ICBM, and even its descendant the Titan II ICBM, did not possess sufficient thrust to successfully carry the X-20. The only suitable booster was declared to be a variant of the Titan III, which was itself still under development.

By 1961, Secretary of Defense Robert McNamara began refusing the Air Force the funding it required to vigorously pursue its X-20 development program. Although significant research was accomplished during the X-20 program, it was completely canceled by McNamara on December 10, 1963.

Although the X-20 program was canceled before a single test flight was conducted, the Air Force had assigned six Pilot Astronauts to the project. Five of these were Air Force test pilots who had graduated from either the Experimental Test Pilot School or the Aerospace Research Pilot School at Edwards Air Force Base, California.

The sixth X-20 Pilot Astronaut was a veteran NASA research pilot. All of the X-20 Pilot Astronauts possessed extensive experience in the piloting of supersonic aircraft, but unfortunately, none was ever able to pilot the X-20. The “Dyna-Soar” had become a “dino-saur” before they ever got the chance.