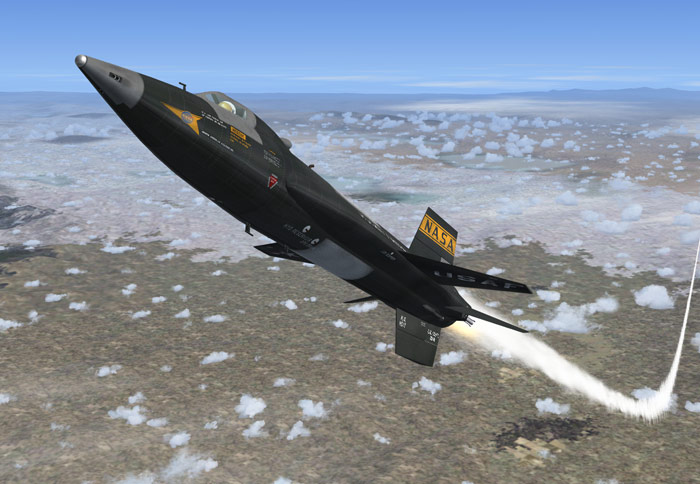 From the earliest days of the U.S. space program, military pilots who have flown in space have been awarded astronaut wings upon completion of their flight in space. Eligible pilots have received the astronaut wings from the branch of service they are affiliated with. However, astronaut wings were not restricted to rocket flights.

It should be noted that both military and civilian pilots participated in the X-15 program, although only the military pilots who flew higher than 50 miles were actually granted astronaut wings.

The civilian X-15 pilots who flew higher than 50 miles have never been officially recognized as astronauts. However, since these civilian pilots matched the performance criteria for astronaut wings established by the military, their names are listed here.

The following individuals flew higher than 50 miles in X-15 aircraft, and are listed by name, affiliation and the flight sequence numbers in the X-15 program during which each pilot achieved an altitude of greater than 50 miles:

Note: Joe H. Engle was drafted as a Pilot Astronaut in NASA Group 5, and eventually flew in space aboard the Space Shuttle. Michael J. Adams was killed on November 15, 1967 during the only fatal accident of the X-15 program.